The Department of Education Policy and Social Analysis (EPSA) focuses on how governments, markets and societal conditions shape schooling and educational opportunities, as well as how they contribute to creating an informed population able to critically analyze its own areas of need and interest and work in concert toward creating a better world. Among the department’s accomplishments this past year: 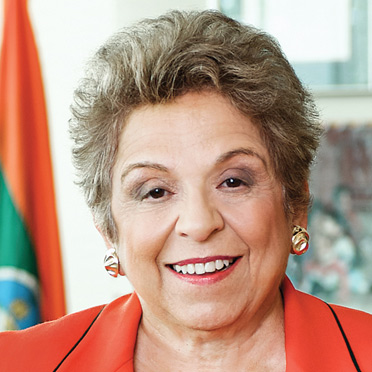 Whether serving as U.S. Secretary of Health & Human Services, presiding over three different universities or in her current role as President of the Clinton Foundation, former TC faculty member Donna E. Shalala has fought to provide the best education and to level the playing field for all students. Find the Education Policy & Social Analysis scholarship that wins your vote.

TC’s Community College Research Center (CCRC), directed by Thomas Bailey, celebrated its 20th anniversary. CCRC is the national leader in examining the full spectrum of issues that impact the success of students at community colleges — from the high school-to-college transition to graduation and transfer to four-year colleges — as well as the economic benefits of various postsecondary credentials for students. Bailey also received a $2.2 million grant from the American Association of Community Colleges to continue CCRC’s leadership role in building the capacity for community colleges to design and implement structured academic and career pathways for their students.

EPSA faculty Jeffrey R. Henig, Carolyn J. Riehl and Michael A. Rebell, along with David M. Houston and Jessica R. Wolff, published “Collective Impact and the New Generation of Cross-Sector Collaborations for Education: A Nationwide Scan,” a report commissioned by the Wallace Foundation.

Sharon Lynn Kagan received a $1.4 million grant from the National Center on Education and the Economy to study early childhood education in high-performing countries.

Henry M. Levin was awarded the Ming Yuan Education Foundation Prize for Outstanding Contributions to Chinese Education Research. The Foundation acknowledged Levin as one of “the most influential education economists worldwide,” who has made “a special and outstanding contribution to China in terms of both research and teaching.”

Aaron M. Pallas published “Teacher Evaluations Fail a Crucial Test,” an op-ed in the New York Daily News commenting on a New York Supreme Court ruling on whether a teacher’s rating was arbitrary and capricious.

TC’s Campaign for Educational Equity, directed by Michael A. Rebell, helped the Epic Theatre Ensemble, a New York City theatre troupe of high school students, to write and perform a play about inequitable public school funding and how the students have been affected by the lack of resources for their schools. Seventeen high school students wrote and performed the original play, 10467 — named for a Bronx ZIP code — in TC’s Cowin Auditorium. The project was featured on National Public Radio.

EDUCATION REIMAGINED A TC conference explored the history and issues surrounding racial and ethnic diversity in public schools and the education benefits that diversity brings.

Amy Stuart Wells led a four-day summer institute at Teachers College entitled “Reimagining Education: Teaching and Learning in Racially Diverse Schools.” Wells also led creation of a new Race, Ethnicity and Inter-Cultural Understanding Curriculum Map, which includes more than 60 regularly-offered courses at Teachers College that center on these themes. With courses that range from “History of African-American Education” to “Teaching and Learning in the Multicultural Classroom,” TC is “the epicenter of the emergence of new curricula on these timely and important issues,” Wells said. Students who worked on the project included Diana Cordova-Cobo, Lauren Fox, Daniel Harris (M.A. ’14) and Tracy Vadakumchery.

[Also read: Putting Diversity on the Map: A guide to TC's academic offerings on race, ethnicity and inter-cultural understanding]