American public schools have entered a new demographic era. Today more than half of all children enrolled in K-12 public schools are students of color. Schools, both urban and suburban, are becoming increasingly diverse. But diversity alone does not lead to integration.

To create truly integrated schools, educators need to embrace new and innovative ways to engage students and prepare them for a global society. We need to reimagine teaching and learning.

Designed for educators, policy makers, parents, and all stakeholders in K-12 schools, the Reimagining Education Summer Institute will explore the opportunities and challenges of creating and sustaining racially, ethnically and socio-economically integrated schools. The institute will feature presentations and panels, interactive workshops, and deep dialogue sessions led by curriculum and pedagogy experts from Teachers College and around the nation.

In a supportive environment of the Institute, you will connect with people from across the country and the world who are committed to integrated schools and classrooms. And you can come away with strategies and resources for implementation in your local schools and context.

Gloria Ladson-Billings is Professor Emerita and former Kellner Family Distinguished Professor in Urban Education in the Department of Curriculum & Instruction and was Faculty Affiliate in the Departments of Educational Policy Studies, Educational Leadership & Policy Analysis and Afro American Studies at the University of Wisconsin-Madison. She is the current President of the National Academy of Education. She was the 2005-2006 president of the American Educational Research Association. Dr. Ladson-Billings’ research examines the pedagogical practices of teachers who are successful with African American students. She also investigates Critical Race Theory applications to education. 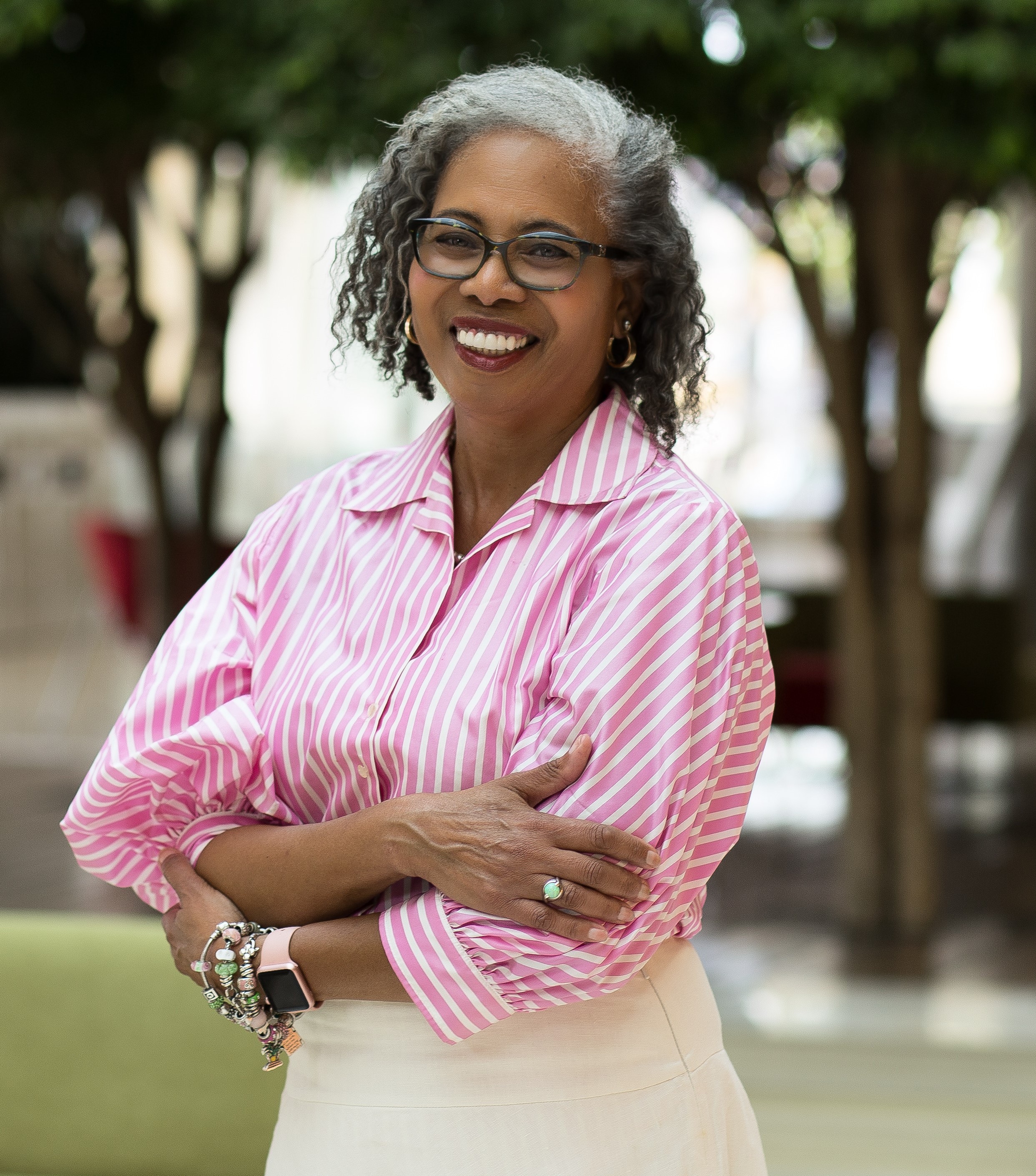 Dr. Gloria Ladson-Billings, a prominent scholar in culturally relevant teaching and professor emeritus from the University of Wisconsin-Madison, will deliver the Gordon Lecture at the Institute on Monday, July 15: “It’s ALL de jure: Turning a critical eye on the ‘Northern strategy.’” In this address, Dr. Ladson-Billings will argue that a critical race analysis is necessary to make sense of how the society regularly and continually corrupts any attempt to use school desegregation as a social equalizer. She will also work with the Summer Institute participants on teacher leadership strategies for creating more racially just school.

Dr. Ladson-Billings is Professor Emerita and former Kellner Family Distinguished Professor in Urban Education in the Department of Curriculum & Instruction and was Faculty Affiliate in the Departments of Educational Policy Studies, Educational Leadership & Policy Analysis and Afro American Studies at the University of Wisconsin-Madison. She is the current President of the National Academy of Education. She was the 2005-2006 president of the American Educational Research Association. Dr. Ladson-Billings’ research examines the pedagogical practices of teachers who are successful with African American students. She also investigates Critical Race Theory applications to education.

Dr. Ladson-Billings is the author of the critically acclaimed books, The Dreamkeepers: Successful Teachers of African American Children, Crossing over to Canaan: The Journey of New Teachers in Diverse Classrooms, and Beyond the Big House: African American Educators on Teacher Education. She is editor of 6 other books and author of more than 100 journal articles and book chapters. She is the former editor of the American Educational Research Journal and a member of several editorial boards. Her work has won numerous scholarly awards, including the H. I. Romnes Faculty Fellowship, Spencer Post-doctoral Fellowship, and the Palmer O. Johnson outstanding research award. She is the 2015 winner of the Social Justice in Education Award given by the American Educational Research Association. She was named the 2012 winner of the Brock International Prize in education. In 2012 she was awarded an honorary degree from the University of Alicante, Alicante, Spain. In 2010 she was awarded an honorary degree from the University of Massachusetts – Lowell. In 2002 she was awarded an honorary doctorate from Umeå University, Umeå, Sweden. During the 2003--2004 academic year she was a fellow at the Center for Advanced Study in the Behavioral Sciences, Stanford, California. In fall 2004 she received the George and Louise Spindler Award from the Council on Anthropology and Education for significant and ongoing contributions to the field of educational anthropology. In spring 2005 she was elected to the National Academy of Education and the National Society for the Study of Education. In 2007 she was awarded the Hilldale Award, the highest faculty honor given to a professor at the University of Wisconsin for outstanding research, teaching, and service. She is a 2008 recipient of the state of Wisconsin’s Martin Luther King, Jr. Heritage Award and the Teachers College, Columbia University 2008 Distinguished Service Medal. In 2009 she was elected to Kappa Delta Pi International Education Honor Society’s Laureate Chapter—comprised of 60 living distinguished scholars. Former laureate members include notables such as Albert Einstein, John Dewey and Eleanor Roosevelt. Dr. Ladson-Billings is currently one of the NEA Foundation Fellows charged with providing advice on its “Achievement Gap Initiative.” In 2014 she was a panelist on the White House’s African American Educational Excellence Initiative’s Essence Festival, “Smart Starts at Home” panel. In 2015 she received the Distinguished Lifetime Achievement Award from the Literacy Research Association. In 2016 she received the Lifetime Achievement Award from the Benjamin Banneker Association of the National Council for Teachers of Mathematics. In Fall 2017 she received the John Nisbet Award from the British Educational Research Association at the University of Sussex in Brighton, England. In April 2018 she received the American Educational Research Association’s Distinguished Research Award and the Division B (Curriculum Studies) Lifetime Achievement Award. She was elected to the American Academy of Arts & Sciences in Spring 2018.

Dr. Ladson-Billings has an active community life that includes serving on several community boards such as the Urban League of Greater Madison, The Madison Children’s Museum, the United Way of Dane County, and the Susan G. Komen for the Cure of Madison. She is a member of the Links, Inc. and a 50-year member of Alpha Kappa Alpha Sorority, Inc. At the 2017 Leadership Summit she was named the Omega Psi Phi Fraternity, Inc. International Citizen of the Year. As an active member of the Mt. Zion Baptist Church of Madison, WI she is the 2ndwoman named to the 106 year old church’s Board of Deacons. 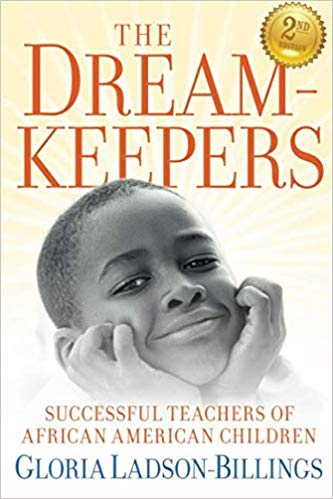 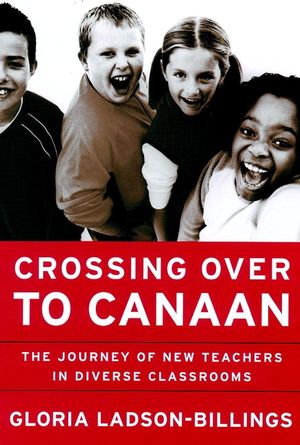 Crossing Over to Canaan: The Journey of New Teachers in Diverse Classrooms

Crossing Over to Canaan: The Journey of New Teachers in Diverse Classrooms 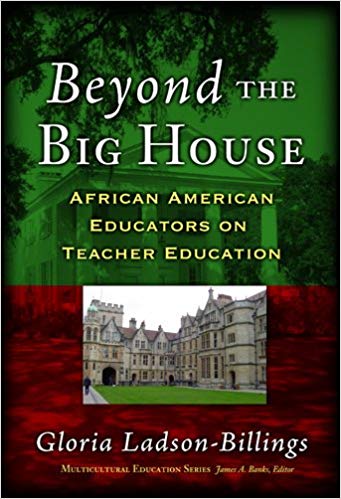 Beyond the Big House: African American Educators on Teacher Education

Beyond the Big House: African American Educators on Teacher Education

Would recommend the Institute to a friend or colleague

Agreed that the Institute content was both beneficial to them personally and professionally and would be helpful to people in their school or district.

Agreed that the themes of the Institute were insightful and connected in a helpful way.

What was the most memorable part of the Institute?

The plenaries were intensely thought-provoking! So very relevant to the current state of the world/country and applicable to our role as educators.

The energy, enthusiasm and resources referenced. I found that every speaker gave me new nuggets of information to chew on. In such a state of frenzy around our country at this time, I appreciated going to a place of hope as prescribed by the speakers. The daily programming focus (Equity, Race, Culture, Activism, SEL) is exactly what I was expecting to learn, study, explore, and add to my repertoire.

For me, it was not only the content and expertise but the passion that the speakers brought. Especially right now, we need to feel strong connections to our work and to our colleagues, and I felt very connected to everyone and their urgent messages.

I appreciated the practical examples of work that is being done in age levels younger than high school. I teach middle school and I feel like I am sometimes receive pushback from other teachers about bringing race discussions into the classroom -- that we might be introducing ideas of racism into our students lives -- causing more harm than good. I feel like seeing the anti-racist work being done in classrooms from K on up encourages me that my inclination to bring racial literacy into my classroom is not misplaced or premature.

The most memorable part of the institute was the student presentations with Dr. Emdin. This was a demonstration of student learning stimulated by their cultural and social interest in a nontraditional manner. This was most memorable because it helped us to re-imagine how students can be assessed and the power of student's voice which strongly contributes to their learning.

I absolutely loved the involvement of youth in the institute and I am encouraged by the level of advocacy and the maturity and presentation skills that the students possessed. I was also again encouraged to work to build relationships and connections with the students I teach.

The pool party was the most memorable. It gave me the opportunity to connect personally with other participants and to process the enormous amount of information I was receiving. The Octopus facilitators did an outstanding job of creating a safe climate where educators from many different races and regions could learn from one another. The only problem was that these sessions where never long enough!

“A Vision of America that Doesn’t Exist”

Brown v. Board of Education notwithstanding, Gordon Lecturer Gloria Ladson-Billings describes inequity that is “baked into our society”

THE REAL DEAL Central to the Reimagining effort is the belief that educational equity involves more than racially mixed classrooms. Curriculum and pedagogy must be meaningfully integrated as well, as they were in many black schools at mid-20th century.

To Fight Institutional Racism, Teachers Are Going Back to School

To Fight Institutional Racism, Teachers Are Going Back to School

Lisa Delpit Teaching When the World is On Fire

At TC’s Reimagining Institute, Jamila Lyiscott calls for a focus on “toxic ideologies” that deny the genius of black and brown children