Past Presidents of Teachers College 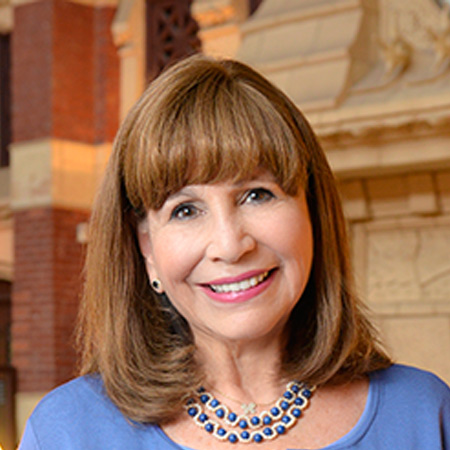 Dr. Susan Fuhrman is Past-President of Teachers College, Columbia University, founding Director and Chair of the Management Committee of the Consortium for Policy Research in Education (CPRE), and immediate Past-President of the National Academy of Education. Dr. Fuhrman’s substantial leadership track record includes her term as Dean of the University of Pennsylvania’s Graduate School of Education from 1995-2006, where she was also the school’s George and Diane Weiss Professor of Education. Dr. Fuhrman was influential in creating a new university-assisted public school as part of Penn’s West Philadelphia improvement initiative. Similarly, the Teachers College Community School and an education and social services partnership with a number of other public schools are intended to bring University leadership for neighborhood school improvement to West Harlem.

Dr. Fuhrman serves on the Board of Directors of the Hawn Foundation and is a Trustee of the Committee on Economic Development and is a member of the Board of Governors of the Pardee RAND Graduate School. She is a former Vice President of the American Educational Research Association as well as a former Trustee Board member of the Carnegie Foundation for the Advancement of Teaching. She served as a non-executive Director of Pearson plc, the international education and publishing company from 2004-2013.

Dr. Fuhrman received undergraduate and graduate degrees in history from Northwestern University and a Ph.D. in political science and education from Teachers College and Columbia University. Her work focuses on enhancing the quality of education research, accountability in education, intergovernmental relationships, and standards-based reform, and she has written widely on education policy and finance. Among recent books are The State of Education Policy Research (with David K. Cohen and Fritz Mosher, 2007); and The Public Schools (The Institutions of American Democracy Series, with Marvin Lazerson, 2005). Dr. Fuhrman’s work has been recognized by a wide variety of international, national, state, and local organizations. 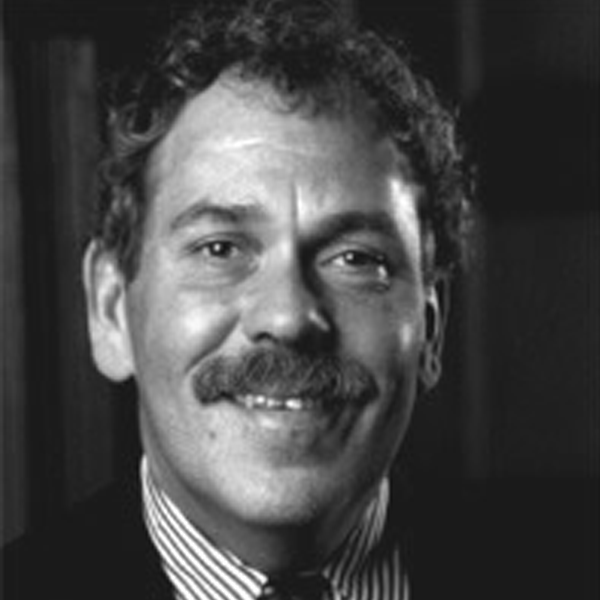 Levine served as Chair of the Higher Education program and Chair of the Institute for Educational Management at the Harvard Graduate School of Education before coming to Teachers College, and he is now President of the Woodrow Wilson National Scholarship Fund. The author of numerous books -- including When Hope and Fear Collide: A Portrait of Today's College Student and Beating the Odds: How the Poor Get to College -- he is currently in the midst of releasing a four-part series of reports on the condition of education schools in the United States.

During his tenure at TC, the College significantly increased the size of its faculty, more than doubled its research grant activity and conducted the largest capital campaign ever completed by a school of education, while also undertaking a thoroughgoing renovation of its physical plant. The Levine years saw the establishment of the Hechinger Institute on Education and the Media; the Center for Educational Outreach and Innovation; the Heritage School, an arts-themed public high school in East Harlem; the Center for Chinese Education; the Office of the Special Counsel for Diversity and Community; and The Campaign for Educational Equity. The College also proclaimed educational equity as its institutional mission. 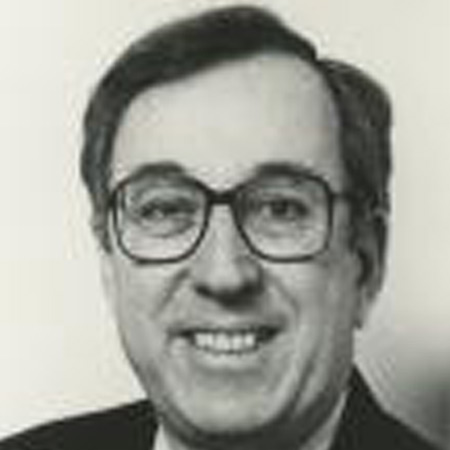 Timpane is a noted education scholar who has served as the Rand Corporation's senior advisor for education policy and Vice President of the Carnegie Foundation for the Advancement of Teaching. He also has helped direct the Aspen Institute's Program for Education in a Changing Society and served as a member of the Pew Forum on Education Reform. He is co-author, with Brian P. Gill, Karen E. Ross and Dominic Brewer, of Rhetoric Versus Reality: What We Know and What We Need to Know About Vouchers and Charter Schools.

During Timpane's tenure at TC, the College created its Peace Corps Fellows Program, which would be replicated in American colleges and universities from coast to coast; established the Institute for Education and Economy, the Institute for Learning Technologies; and the National Center for Restructuring Education, Schools and Teaching (NCREST). 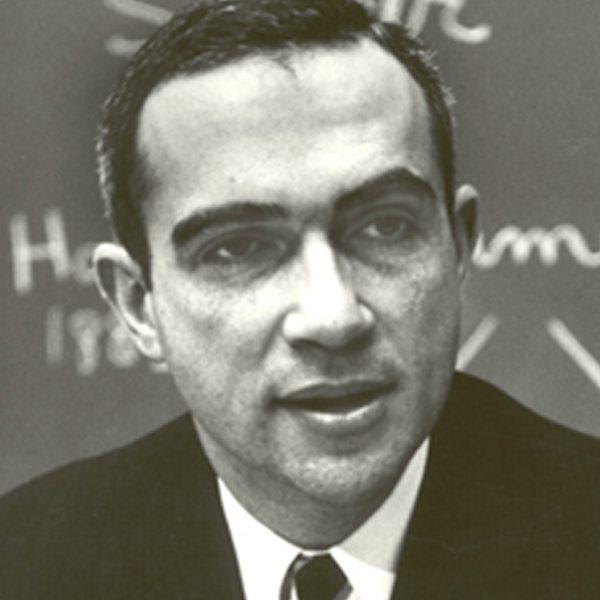 Cremin was known as one of the foremost historians of American education, chiefly as a result of his three-volume study, American Education, which included The Colonial Experience, 1607-1783, The National Experience, 1783-1876, and The Metropolitan Experience, 1876-1980. In it, he proposed a broad understanding of education that includes not only the work of schools and colleges, but also the efforts of families, churches and synagogues, libraries and museums, and the media to convey knowledge and advance certain values. Cremin was awarded a Pulitzer Prize in 1981 for The National Experience Among his other works was The Transformation of the School, for which he won a Bancroft Prize in 1962.

Cremin came to Teachers College in 1949 and became the Frederick A. P. Barnard Professor of Education, teaching for more than 30 years. He served as President of Teachers College from 1974-84, maintaining his teaching course load during that period. During that time, the College establishedthe Esther A. and Joseph Klingenstein Center for Independent School Education; the Institute of Research and Service in Nursing Education; the Hollingworth Center for the Study of the Gifted; the AEGIS Program in adult education; and the Center for Infants and Parents. TC also renovated the Milbank Memorial Library, created six endowed professorships and quadrupled its fundraising. 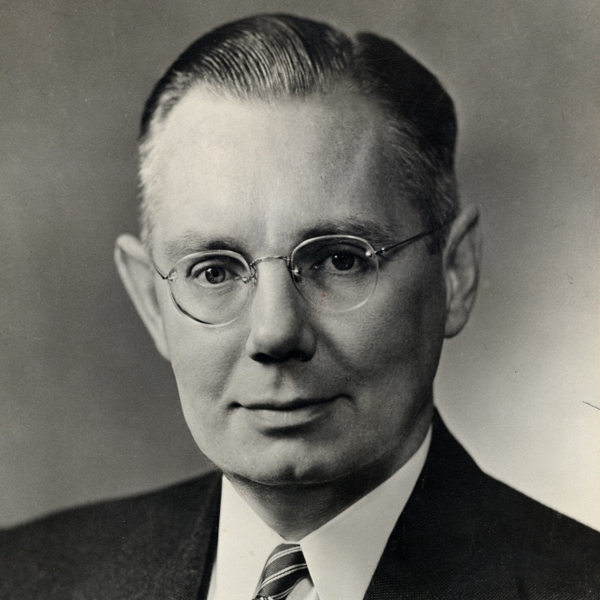 Fischer came to national attention through his enforcement of desegregation as the superintendent of Baltimore city schools. His approach was to simply make it known that all schools in the Baltimore system would be open to all students. When he learned that some parents would be keeping their students home, he ordered that all absent pupils be marked as truants. In 1955, the Baltimore school system desegregated without mishap. The following year, Fischer received the Hollander Award for Contribution to Racial Relations.

In 1959, Fischer became Dean of Teachers College, Columbia University. During his brief tenure in that role, he changed the entrance level grade to the college from a B minus to at least a B average, granting few exceptions to students who did not meet the criteria. He also changed the academic standards in courses and papers, and stiffened the final oral examination on doctoral projects. All of these changes helped position Teachers College as a leader in the educational field.

One of Fischer's goals when he assumed the presidency at Teachers College in 1962 was to give greater attention to problems in the urban education sector -- specifically to inner-city schools in New York. During his tenure, TC established the Institute for Urban and Minority Education (IUME), as well as the Institute of International Studies. Fischer also served as member and chair of the National Commission on the Education of the Disadvantaged and the National Advisory Commission on Education of Disadvantaged Children from 1965 to 1969. 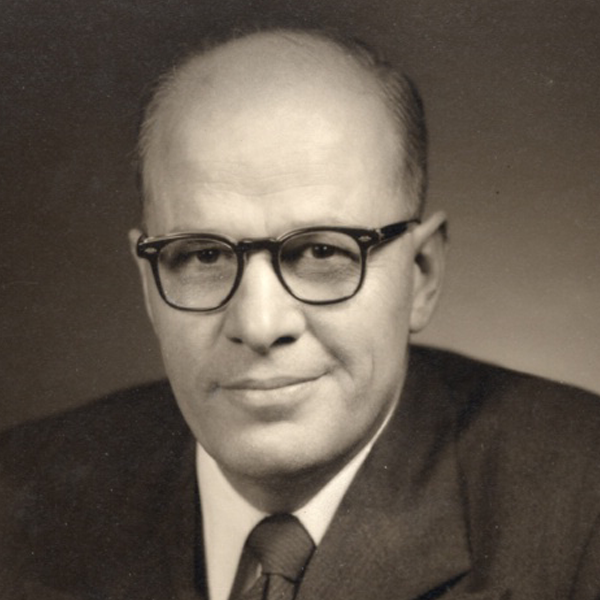 Caswell was an outstanding leader in the development of state courses of study in the 1930s, consulting on state curriculum programs in Alabama, Florida, Virginia, Mississippi, Arkansas, Tennessee, and Kansas. He was the author of City School Surveys: An Interpretation and Appraisal (1929) and American High School: Its Responsibility and Opportunity (1946). During his presidency, Teachers College launched a 20-year involvement with schools in Afghanistan and trained and selected volunteers for teaching service in Africa. "Teachers for East Africa" begins. After leaving the presidency, Caswell served until 1967 as the College's Marshall Field Jr. Professor of Education. 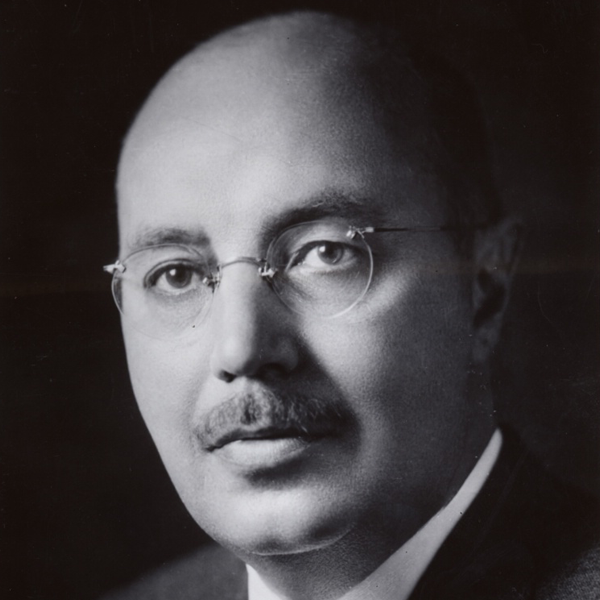 The son of James Earl Russell, in 1927 he succeeded his father as dean of Teachers College, and in 1949 was appointed president. Russell wrote Economy in Secondary Education (1916), Education in the United States (1917), and The Meaning of Democracy (with T. H. Briggs, 1941). During his tenure, the College conferred its first doctorate in education and convened a national conference on student transportation that spawned the yellow school bus. 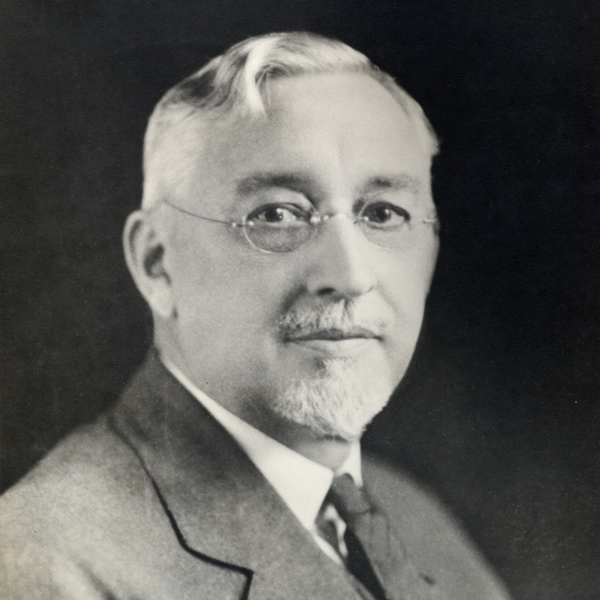 During his long presidency, Russell oversaw an increase in student enrollment from 169 students to nearly 5,000; a tenfold expansion in budget; and the growth of the College's physical plant from two buildings to 17.
Russell joined the faculty of Teachers College at the end of the 19th century and shortly thereafter proposed an organizational plan under which TC would become a professional school and a part of the university structure, with the same rank as the law and medical schools. The president of Columbia was to become ex officio president of Teachers College. The plan was approved with some modification and soon afterwards, Russell became dean of the newly structured school.

By 1900 Russell had developed four goals of teacher education that would guide TC in its work: general culture (liberal education); special scholarship (the content area of teaching); professional knowledge (theory, psychology, and history of education); and technical skill (study and practice of pedagogy).

Russell assembled a faculty that would ultimately include Edward L. Thorndike in psychology, David Snedden in educational sociology, Paul Monroe in history of education, George D. Strayer in educational administration, and William Heard Kilpatrick in philosophy of education. Although a member of Columbia's philosophy department, John Dewey lectured at Teachers College.

Russell's strong belief in the importance of research in education resulted, during his tenure, in TC's establishment of two experimental schools: the Speyer School (1902) and the Lincoln School (1917). In 1921 the Institute of Educational Research was created to promote the scientific study of education in cooperation with several departments of Teachers College. Two other research institutes -- the International Institute and the Institute of Child Welfare Research -- also were established during Russell's presidency.

Russell was also a prolific author whose books include The Extension of University Teaching in England and America; The Function of the University in the Training of Teachers; German Higher Schools: The History, Organization, and Methods of Secondary Education in Germany; Industrial Education; The Trend in American Education; and Founding of Teachers College (1937). 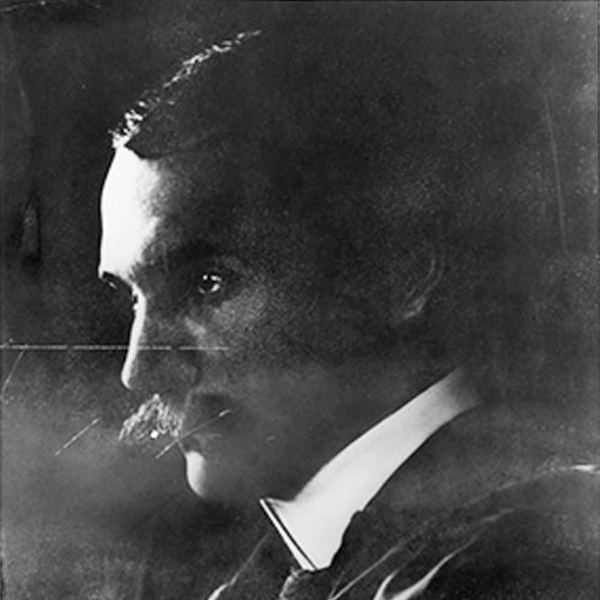 During Hervey's brief tenure, the industrial education association officially changed its name toTeachers College, was granted a permanent charter; moved to its current location on West 120th Street; and concluded a formal alliance with Columbia College. TC also restricted entering students to either those who were college graduates, those who had taught or trained as teachers, and graduates of secondary school with the equivalent of the training of the freshman and sophomore years in a college or technical school. The new standards led to an academic reorganization that saw the creation of new departments of English and Literature, Latin and Greek, History, Earth Science, Biological Sciences and Mathematics, all working in concert with a central Department of Psychology and General Method, whose courses were required of all students. 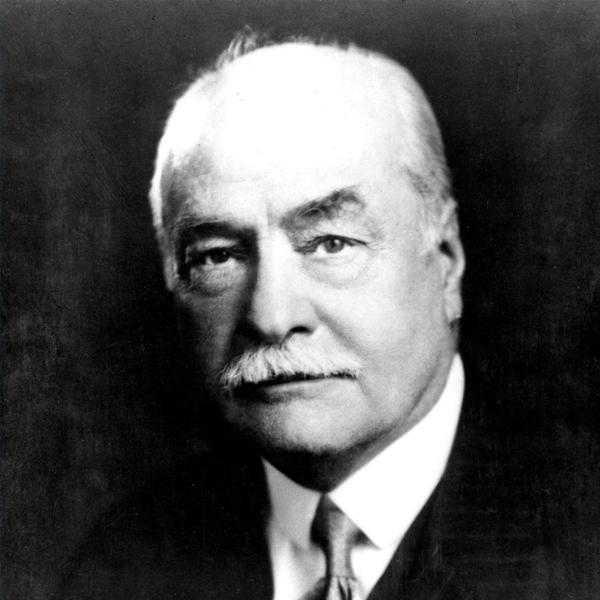 In 1886, Butler -- then a faculty member at Columbia University -- became president of the Industrial Education Association and reshaped it into what is today Teachers College (though it did not yet bear the name), serving from 1889 to 1891 as the institution's first president. His books include Education in the United States (1910), The International Mind (1913), The Meaning of Education (rev. ed. 1915), Scholarship and Service (1921), The Faith of a Liberal (1924), The Path to Peace (1930), Looking Forward (1932), Between Two Worlds (1934), and The World Today (1946). An advocate of peace through education, Butler helped to establish the Carnegie Endowment for International Peace, of which he was a trustee and later president (1925--45). His efforts in behalf of disarmament and international peace won him international prestige, and he shared with Jane Addams the 1931 Nobel Peace Prize. Butler was also the Republican Party nominee for Vice President of the United States under PresidentWilliam Howard Taft in 1912, when the nominated vice presidential candidate James S. Sherman died in office a few days before the election. In 1901 Butler was installed as acting president of Columbia University and formally assumed the presidency in 1902. He remained in that office for forty-two years. During Butler's presidency, the university expanded its campus, erected a number of new buildings and added several new schools and departments. Among the innovations he oversaw was the opening of the Columbia-Presbyterian Medical Center, the first academic medical center in the world.