In the Department of International & Transcultural Studies

Teachers College affiliated with Columbia University in 1898, at the same time that the Department of Anthropology was established at Columbia. Immediately, students in both institutions became interested in the relation between anthropology and education. In 1900, Frank Clarence Spencer received his doctorate in Education with a minor in Anthropology. Others list anthropology and education as part of their course of study or their subject, including Elsie Clews Parson, who was to become the first woman president of the American Anthropological Association.

The presence of anthropology at Teachers College was formalized when Professor Solon Kimball was first listed (in 1956) as the area advisor for anthropology in what was then the “Division of Social Foundations.” Soon, his classes began to be listed separately as anthropology and education, and the first dissertations were written on anthropological topics. In 1963 the first PhD was offered in "Educational Anthropology." When Professor Lambros Comitas joined the faculty, the Program in Anthropology and Education was formally recognized as a distinct entity. The first PhD from the program was granted in 1968. That same year, the faculty of the program and that of the Department of Anthropology at the Columbia Graduate Faculty created a “Joint Program in Applied Anthropology” to be administered at Teachers College.

During the following decade, anthropology at Teachers College was formally led by the core faculty of the Programs in Anthropology, Professors Lambros Comitas and Charles Harrington, soon joined by Professor George Bond. There were also up to six other faculty with doctorates in anthropology across Teachers College, including Bill Sayres (International Education), Francis Ianni (Educational Administration), Paul Byers, Ray McDermott and Hervé Varenne (Family and Community Education). At the turn of the 21st century, the faculty of the Programs included Professors Bartlett, Comitas, Bond, Harrington and Varenne. In 2013, Professor Varenne received the George and Louise Spindler Award for lifetime achievement from the Council on Anthropology and Education.

Since 1968, the Programs have produced about 150 PhDs. Many of them went on the become leaders in the field. This includes two alumni who received a MacArthur Fellowship: Shirley Brice Heath (PhD 1970) in 1984, and Ruth Lubic (Ed.D. 1979) in 1993. In recent years, the work of two of our alumnaes was recognized by the Council in Anthropology and Education as the “best dissertation” of the year: Jill Koyama (PhD 2008) and Juliette de Wolfe (PhD 2013). 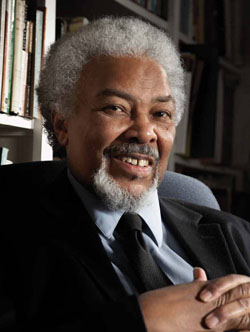 Remembrances by the Teachers College Community

Ithaca on His Mind: The anthropological journey of the late Lambros Comitas