The Department of Arts & Humanities believes intellectual and creative ideas and practices extend beyond traditional schooling concerns. Its nine academic programs share a focus on learners’ knowledge construction, the art and methods of teaching, the contemporary classroom, schools’ relationships with communities and school reform philosophies. Among the department’s accomplishments this past year: 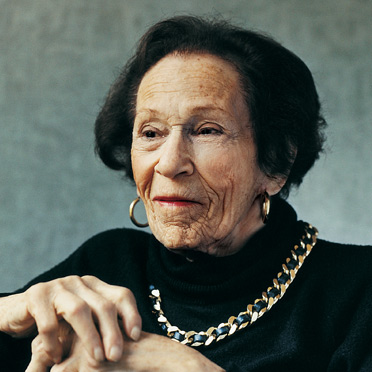 The late education philosopher TC Professor Emerita Maxine Greene inspired educators and artists around the world with her call for “wide-awakeness” as the key to living an empowered, moral life. Find the Arts & Humanities scholarship that awakens you!

[Also read: A Portrait of the Artist in the Digital Age: a New TC Program Grapples with the Nature of Creativity in the 21st Century]

Lori A. Custodero edited a special issue of Teachers College Record on creativity, imagination and innovation. The issue included her prelude, “Ubiquitous Creativity, Imagination in Dialogue, and Innovative Practice-in-Action.”

Ansley T. Erickson authored Making the Unequal Metropolis: School Desegregation and Its Limits (University of Chicago Press) and was named to receive the 2016 History of Education Society Prize for the best article in the field published during the past two years.

Mary Hafeli was appointed to a two-year term as Chair of the National Art Education Association Research Commission. Hafeli has also chaired a faculty committee that is shaping TC’s new doctoral program in dance education.

Richard Jochum gave the keynote address at the conference of the Korean Society for Education through Art. Jochum was awarded a Creative Residency in Emerging Technology with the Technology, Engineering, Art and Music (T.E.A.M.) Lab at HarvestWorks.

Carmen Martínez-Roldán, co-author of Visual Journeys through Wordless Narratives: An International Inquiry with Immigrant Children and The Arrival (Bloomsbury), received the 65th Annual Conference of Literacy Research Association Edward B. Fry Book Award. Martínez-Roldán was also elected to the Board of the Literacy Research Association for 2016-2019.

Ruth Vinz received a $1.287 million grant from the New York City Department of Education for TC’s Center for the Professional Education of Teachers, which she directs.

in scholarships for students in Music, History, Anthropology, Special Education and Teacher Education

gift from Trustee Joyce B. Cowin for national expansion of the Cowin Financial Literacy Program and new online course for 126 Cowin Fellows

TESOL (Teaching English to Speakers of Other Languages)