Winning the Social War Through Education

The Andrew W. Mellon Foundation has awarded a grant to support the groundbreaking research of Professors Cally Waite and Margaret Crocco, who will be studying "The Education of Southern African Americans in Northern Research Institutions from Plessy to Brown (1896-1954)." 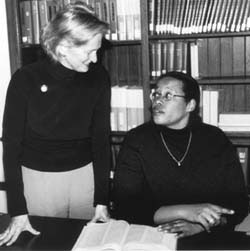