Even Bach had to pay his dues early in his career. Although he called himself a court musician, Johann Sebastian Bach was listed as "Lackey Bach" on official documents in 1702, the year before his career took off. In addition to being a musician, as a lackey he also had non-musical duties. Bach concealed his lackey status in later years, said Christoph Wolff, William Powell Mason Professor of Music at Harvard University. 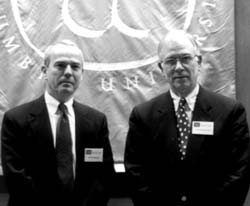