When President Levine announced to the full faculty that George C. Bond, Professor of Anthropology and Education, was awarded the William F. Russell Professorship in the Foundations of Education, Bond seemed almost distracted by the honor. 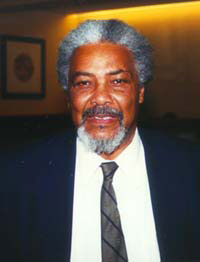