The graduating class of 2002, at all institutions, completed its term under the shadow of September's terrorist attacks. Inevitably, many commencement addresses focused on how those events will affect the future for the graduates and for us all. Teachers College chose, instead, to emphasize the struggle for equity in education by honoring four people who played an important role in shaping America's civil rights policies. 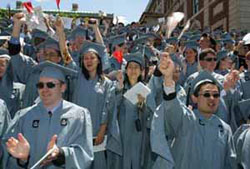 TC Grads at the Columbia Commencement. 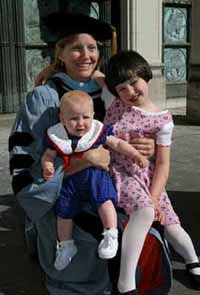 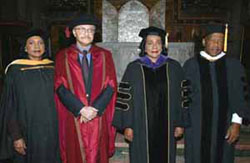 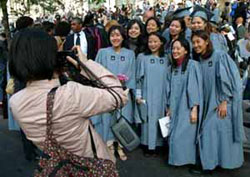 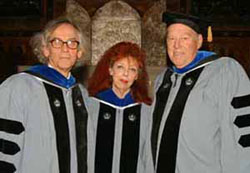