In a study in the Journal of Curriculum and Supervision, Margaret Crocco and Steve Thornton, both Associate Professors of Social Studies and Education, examine what shapes current practices in secondary-level social studies classrooms in New York City, especially in those institutions characterized as "restructured." 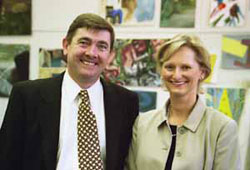