On September 24th, Meier spoke at the TC BookTalk to a packed audience in the Milbank Memorial Chapel. She spoke about her new book, In Schools We Trust: Creating Communities of Learning in an Era of Testing and Standardization. 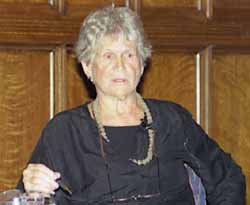