Judith Berman Brandenburg, Professor of Psychology and Education in the Department of Counseling and Clinical Psychology, and the first woman to hold the position of Vice President for Academic Affairs and Dean of the Faculty (1985-1994) at Teachers College, died on Sunday morning, January 26th. She was 61 years old. 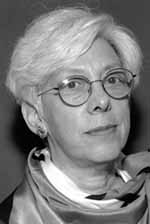