You’re a teenage girl, around 14 years old and you find out that you are pregnant. 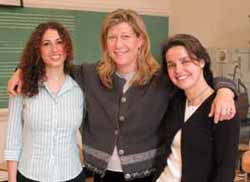