On May 28th and 29th, TC hosted 25 Cahn Fellows for a two-day leadership seminar. The seminar has been designed to focus on a wide range of leadership issues relevant to individuals and organizations in the public, private, and not-for-profit sectors. 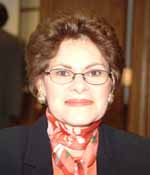