With the increasing importance placed on testing, it's necessary to look at how tests and assessment tools are designed and the quality of data they yield. Madhabi Chatterji, Associate Professor of Measurement, Evaluation, and Education does just that. 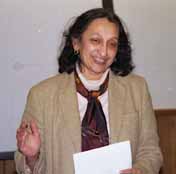