What is the Klingenstein Center and what have they been doing for the last 25 years? Under the direction of Pearl Rock Kane, recently named the Klingenstein Family Chair for the Advancement of Independent Schools, the Center has become renowned for preparing independent school administrators and teachers for increased leadership roles. 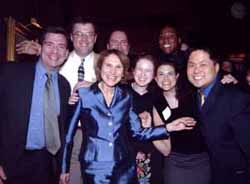