As part of the Institute on Urban and Minority Education's Mellon Visiting Minority Scholars program, William G. Demmert, Jr. spoke at Teachers College on "Improving Academic Performance Among Native American Students: A review and analysis of the literature." Through a grant from the Mellon foundation, the visiting scholars program brings up to six prominent minority scholars to Teachers College to give informal seminars and spend several days on campus to dialogue with faculty and students. 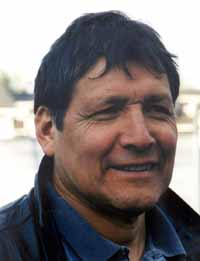