Amy Stuart Wells Looks at How Desegregation Changed Us

Fifty years after Brown v. Board of Education, a groundbreaking study of hundreds of graduates from the Class of 1980 who attended racially mixed high schools at the height of school desegregation, as well as educators, officials and activists associated with these schools, indicates that these students greatly benefited from their interactions with members of other races in school. 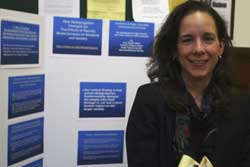