In 2001, the "No Child Left Behind" Act (NCLB) was signed into law with great fanfare, promising to produce widespread change and promote improvement in the public schools. A Panel at TC discusses it's true impact. 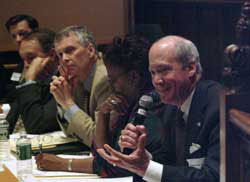