Lots of teachers say they work in the trenches. Rebecca Winthrop really does. 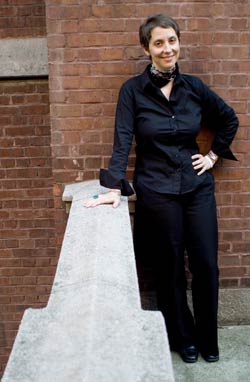