A Citizen of the World | Teachers College Columbia University

A Citizen of the World

Who better to organize a conference on second language research than a Korean woman who speaks perfect English with a hint of an Indian accent? That would be TC doctoral student Eun Sung Park... 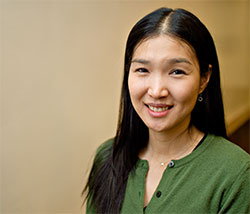