You're an English teacher, and one of your foreign students says, "I read book yesterday." Do you a) politely say, "You mean, you read a book yesterday"? Or b) probe a little further to learn whether in the student's native language, the concept of definite and indefinite articles exist? 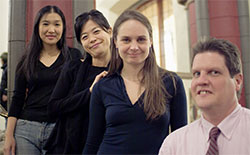