Activism by the Numbers: Raising Math Consciousness in a Phobic Society

Erica Walker believes Americans – teachers often included – are too afraid of math to see its magic. She’s working to change that, especially for students of color. 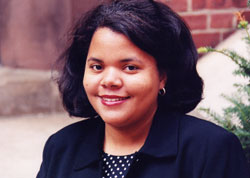