TC alumna Shirley Chisholm, the first African-American woman to hold a seat in Congress – and, in 1972, the first to run for President – passed away in early January. She was 80 years old. 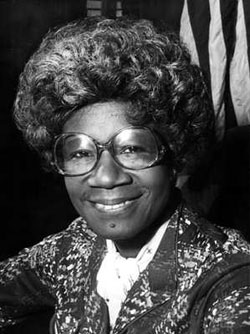