As eloquent as the medalists were at this year’s Convocation, they may have been outshone by TC’s own student speakers, Master’s graduates Deb Sawch and Carolyn Woods. 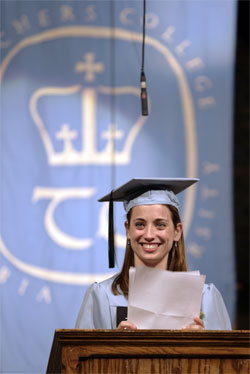