Michael Rebell views the work of The Campaign as a natural outgrowth of school finance lawsuits like New York's, the timing of the New York appropriation vote and The Campaign's rollout on Capitol Hill perfectly illustrated the link between his old job and his new one. 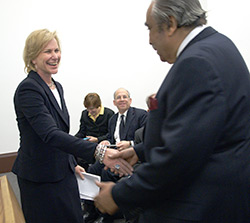