New Faculty and Their Interests: Education in Many Forms | Teachers College Columbia University

New Faculty and Their Interests: Education in Many Forms

Chris Emdin, Carol Garber and Regina Cortina are among the new faculty at TC this year. Their interests range from comparative and international education to science and urban education to exercise physiology and applied physical health. The following is an excerpt. 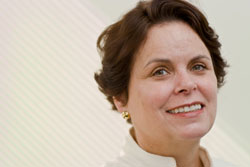