Extraordinary People with Plans to Change the World

The achievements of the graduates, and the resulting obligation to grapple with the most pressing problems facing society, was the theme that united the three ceremonies for the 1,902 master's degree candidates and 232 doctoral graduates who massed in Riverside Church with their families, friends, significant others, professors and TC administration and staff. 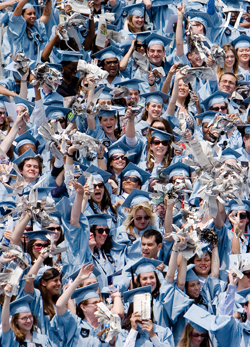 Graduates show their excitement at the commencement ceremony 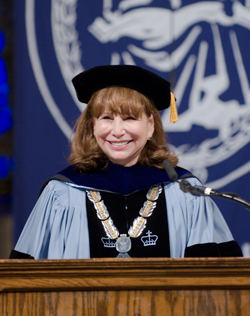