Garth Stewart stepped on a landmine while serving in Iraq but managed to return to active duty, helping rewrite Army regulations in the process. These days, however, he's taking on TC--as a student. 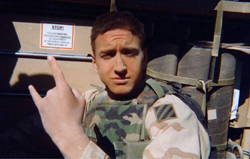 Stewart, who graduated from Columbia in history, spoke about his desire to attend TC when he made an appearance (his second) on journalist Anderson Cooperâ€™s program on CNN in October of 2008. (While on the air, Stewart asked Cooper for a letter of recommendation.) 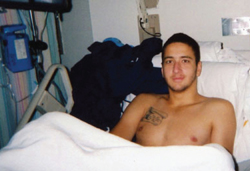 â€œIâ€™ve taken a lot of trips back to Walter Reed since to visit the newly wounded, and it feels really good to be able to tell them, â€˜Look, you can do whatever you want. You can go back and do the job. I did it.â€� ~Garth Stewart 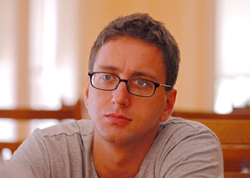 â€œPeople have asked me, â€˜If you could go back in time, would you still walk down that road?â€™ The answer is yes.â€� ~Garth Stewart 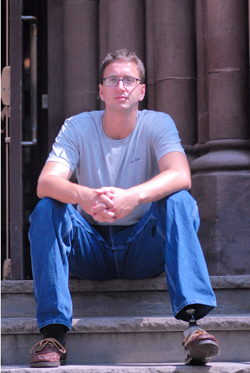 These days, Stewart is looking forward to immersing himself in his studies at TC and earning his degree in the Teaching of Social Studies. â€œIâ€™m here to cut my teeth,â€� he says. â€œIâ€™m going to student-teach in New York City. If I can teach here, I can teach anywhere.â€�

Garth Stewart helped rewrite Army regulations when he returned to his infantry battalion after having his left foot amputated. 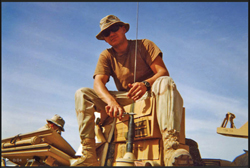 Stewart says, â€œOne thing I like about an education career is the idea of getting paid to talk. Thatâ€™s pretty irresistible. I can talk all day.â€�