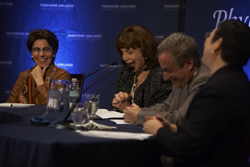 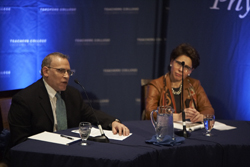 TCâ€™s Aaron Pallas (left) warned against â€œthe explicit decoupling of the production of knowledge from the preparation of practitioners.â€� 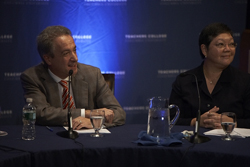 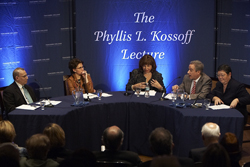 The Premier Address for Education Debate The appearance at TC of Tisch and Steiner follows Octoberâ€™s address here by U.S. Secretary of Education Arne Duncan and the fall 2008 debate between the education advisors to Presidential Candidates Barack Obama and John McCain. 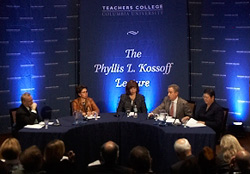