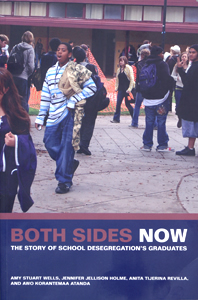 As the nation inaugurates its first black president, a new book, Both Sides Now: The Story of School Desegregation's Graduates (University of California Press, 2009) suggests that Barack Obama's generation is ready to take on issues of racial inequality and segregation, in part because so many of members of this generation are graduates of desegregated schools.