From the Killing Fields to Golden Bones

In a reading at TC, a former U.S. Ambassador recounts his 1976 escape from the Khmer Rouge 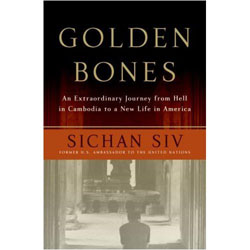