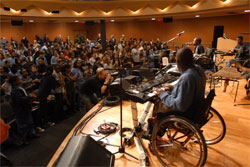 A performers point of view at the Liyana concert. 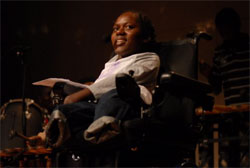 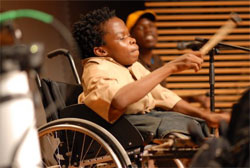 Liyana's Energy Maburutse plays the marimba at a concert at TC.