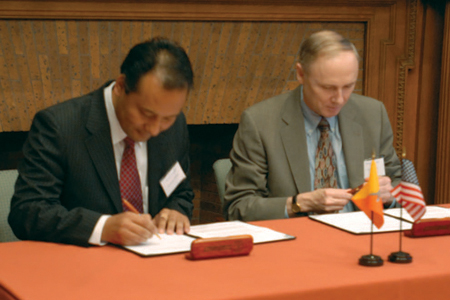 Gyaltshen Penjor, TC alumnus and head of the Royal Council of Education in Bhutan, and Provost Tom James sign a Memo of Understanding 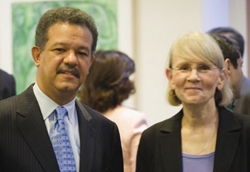 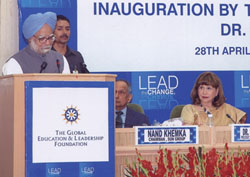 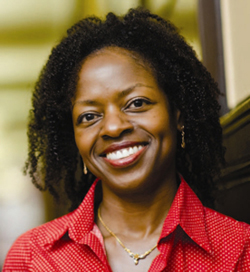 Portia Williams, Director of International Affairs at TC, says, â€œThereâ€™s so much history in what TC has already done, from Afghanistan to East Africa to Asia.â€�