Mediating for the Mediators 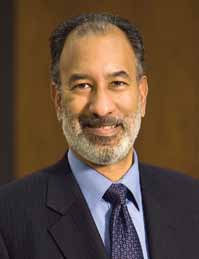 TC alumnus Johnston Barkat, Assistant Secretary-General for the United Nations Ombudsman & Mediator Services, says Teachers College â€œhelped me integrate my conflict resolution background with my international focus, and it confirmed my social-psychological approach to international conflict. There are other people who do this kind of work only intuitively, but I want to know why some intervention works or why it doesnâ€™t, whether itâ€™s at a personal, group or nation-state level.â€�