Sworn to Protect and Defend

TC alumnus Kevin Jennings is the President's choice to make schools safer
But there are still deeper roots to school violence that even admits are daunting.
“One problem we have in this country is that kids can get their hands on guns so easily,” he says. “More kids get shot here than in the next 26 industrialized countries combined. So you might punch someone in , but in the , you’re much more likely to shoot them.”
wants to educate gun owners that denying kids access to weapons is “a child welfare issue.”
“A lot of tragedies could be prevented,” he says. “It’s a shame that too often politics gets in the way of doing what we know will keep kids safe.” 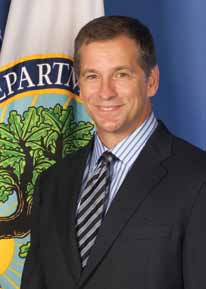 Kevin Jennings says, â€œMost kids donâ€™t ever report being bullied because they donâ€™t think anyone will do anything about it.â€�