A TC doctoral student set out to teach one classroom, but now he's aiming for many. 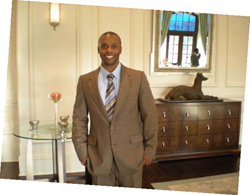 Raymond Cummings found his calling in teaching, but decided he would pursue a doctoral degree, â€œso that I could have an impact on the field of education and reach not just one classroom, but many.