Ashley Esser, who will spend a year in Italy teaching English as a Foreign Language, is one of some 1,500 U.S. citizens who will travel abroad for the 2009-2010 academic year though the prestigious scholarship program. 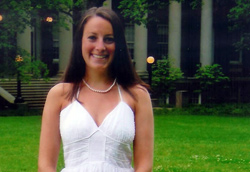