The Art and Craft of Arthur Wesley Dow's Students

The Macy Gallery at Teachers College has mounted an exhibition of some of the artwork created by students of Arthur Wesley Dow, the legendary professor of fine arts at TC who is considered among the most influential teachers of arts and crafts in the nation's history. 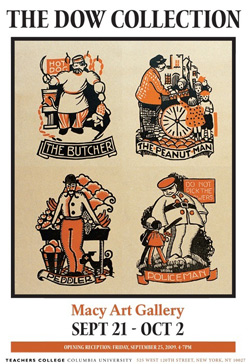