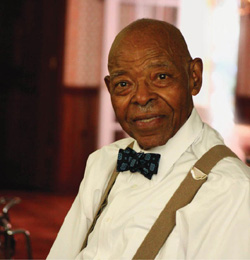 At Academic Festival, the Koming medal will be presented to pioneering principal Ulysses Byas, who earned his masterâ€™s degree at TC in Educational Administration, became principal of the all-black Fair Street High School in Gainesville, Georgia, in 1957.