The TC Community Responds to the Crisis in Haiti

Faculty, staff, students and alumni - many with a personal stake in the outcomes - are bringing their skills to bear. 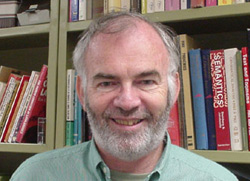