Five by the Faculty

It's been a busy publishing year on West 120th Street. In the following round-up, Inside looks at five new books by TC faculty, on topics ranging from the intricacies of music education to the mechanics of school reform.
Mourning the loss of a loved one is inevitably painful. But an often overlooked point, according to TC Professor of Clinical Psychology George Bonanno, is that most people have an innate resilience that allows them to not only mourn, but to emerge better for the process.
“Most of us deal with loss very well,” says Bonanno, who explores this topic in his latest book The Other Side of Sadness: What the New Science of Bereavement Tells Us About Life After Loss. “It hurts deeply, but we can handle it.”
Of the book’s findings, which emerged from hundreds of videotaped interviews with people who had suffered losses, one point was abundantly clear: there’s no getting around sadness, an emotion that draws others to us for sympathy and also provides the internal space to reflect on our loved one.
Chair of the Counseling and Clinical Psychology Department at TC, Bonanno came to the College 10 years ago and has since conducted an ongoing exploration of grief and mourning. Since 2007, Bonanno has published 23 peer-reviewed articles on these issues.
Bonanno’s research has challenged the views of some psychologists, such as Elisabeth Kübler-Ross, who argue that there are stages of bereavement and that people must experience the “work” of mourning. Bonanno says his research shows that there’s no one path for coming to grips with the death of a loved one.
“Grief is very multi-faceted,” Bonanno says. “There is not a one-size fits all kind of mourning.”
Readers, especially those who have experienced the loss of a loved one, have been responding overwhelmingly to the positive message of The Other Side of Sadness.
“So many people have written,” Bonanno says, “saying ‘Thank you for saying that I’m OK or that people can be OK, because I’m fine.’”

Managing to Change: How Schools Can Survive (and Sometimes Thrive) in Turbulent Times
(TC Press, 2009) by Thomas Hatch
The debate about education in comes down to the all-important question: How can we make meaningful, lasting, positive changes in our schools?
For TC Associate Professor of Education Thomas Hatch, there is no simple recipe for effective change. He believes passionately that the answers should come first and foremost from the stakeholders whose lives most hang in the balance: principals, teachers, parents and students at individual schools.
In his latest book Managing to Change: How Schools Can Survive (and Sometimes Thrive) in Turbulent Times, Hatch, who is also Co-Director of the National Center for Restructuring Education, Schools and Teaching (NCREST) at TC, argues that school communities would do well to seize the initiative rather than relying solely on policymakers to raise standards, align policies, change curricula and mandate programs.
From his own experience, Hatch has come to believe that many people within schools are working toward similar goals, but too often their efforts are not coordinated. Yet Hatch also has been inspired by schools that have taken a real sense of ownership over such efforts.
In Managing to Change, Hatch looks at the power that schools have to create the conditions they need to be successful and how this approach can work in concert with larger-scale school improvement efforts. Through case studies of six diverse schools—including a charter school, a bilingual school, and public schools in both high-poverty and wealthier communities—Managing to Change examines different strategies for increasing overall performance.
Ultimately, Hatch identifies four key practices that can be employed to build the capacity for change, including developing a shared understanding of missions and goals; dealing decisively with hiring and turnover; creating a productive work environment; and building relationships between school staff and parents, community members, district administrators, reform organizations and others.
As for the most troubled of schools, Hatch advises on the book’s website, “On a local level, improving the schools experiencing the most difficulties—those that may not have the capacity to carry out these key practices—may have to begin in the surrounding neighborhoods, towns, and cities, and draw on other sources of support.” He outlines initiatives for enhancing the physical environment, establishing local programs for children and youth, and developing a local workforce that can help to launch that local work. Likewise, on a national level, educators and policymakers can shift their focus from one-size-fits-all initiatives to supporting the basic organizational functions that will ultimately provide the much-needed opportunities for lasting change.
On December 9, Ed Week published Hatch’s commentary on the flawed assumptions of educational reform, which can be viewed here: www.tc.edu/news/7260.

A Leader’s Guide to Leveraging Diversity: Strategic Learning Capabilities for Breakthrough Performance
(Butterworth-Heinemann, 2009); by Terrence E. Maltbia and Anne T. Power
When Terrence Maltbia learned in 2001 that his long–time employer, Westvaco, producer of paper, packaging and specialty chemicals, was planning to merge with Mead Paper Corporation, he saw the opportunity of a lifetime. Having recently earned his doctorate in Adult Learning and Leadership from Teachers College, Maltbia was eager to test the framework he’d developed in his award-winning dissertation, “The Journey of Becoming a Diverse Practitioner: The Connection Between Experience, Learning, and Competence.” To assist in the transition, Maltbia stayed on for one year, consulting with the new company’s head of HR, helping to bring two different organizational cultures together.
The experience gave Maltbia, now a faculty member in Adult Learning and Leadership at TC, the chance to refine his ideas on diversity practices and organizational leadership. The results are featured in his new book, A Leader’s Guide to Leveraging Diversity: Strategic Learning Capabilities for Breakthrough Performance, co-written with Anne Power. The book intertwines lessons Maltbia learned from his own experiences as a diversity consultant with the work of leading diversity theorists, including 20 award-winning practitioners from corporations such as Proctor and Gamble, All-State and Pitney Bowes. In November, Maltbia spoke at a book talk in Milbank Chapel.
Maltbia describes himself as a “process consultant, as opposed to a content consultant”—meaning that he doesn’t have a general prescription for diversity initiatives. His approach is to help leaders define what diversity means to their organization and how it relates to their overall goals.
So what does Maltbia see as the common thread amongst effective diversity practitioners? They all view diversity as being inextricably linked to the company’s overall performance and viability, connected to a “broader leadership platform.” Or to put it more simply: instead of perceiving diversity as a problem to be minimized, they recognize the differences within their organization as an asset—an essential component of a thriving organization.

Freedom at Work: Language, Professional and Intellectual Development in Schools (Paradigm Publishers, 2009); by Maria E. Torres-Guzman with Ruth Swinney
Back in 1993 when Ruth Swinney first became principal of P.S. 165, she led her friend Maria Torres-Guzman around the school on one of her “Savage Inequality” tours. Torres-Guzman, a professor of bilingual education at TC, saw firsthand the kind of neglect that would have never been permitted in a wealthier neighborhood: a leaky roof, missing tiles, electrical wires hemorrhaging from the ceiling.
The school had been intellectually abandoned, too: P.S. 165 had the third-lowest scores in the entire school system. A pioneer in dual language programs in the school district, Swinney got straight to work and filled P.S. 165 with as many English language learners as possible.
The results inspired Torres-Guzman’s latest book, Freedom at Work: Language, Professional and Intellectual Development in Schools. Torres-Guzman and co-author Swinney chronicle the transformation of P.S. 165 during Swinney’s six-year tenure as principal, a period in which test scores rose to a thirty-four percent pass rate in just three years, the school’s bilingual program was overhauled and, along with many other improvements to the physical plant, the school’s front doors received a fresh, brightly colored coat of paint.
The key to this transformation, as Torres-Guzman discovered through her discussions with the teachers of P.S. 165, was their increased freedom at work, a topic explored at Torres-Guzman’s Book Talk event in October. In her book, Torres-Guzman looks at freedom through three types of development: language development, professional development and intellectual development.
It was Swinney’s belief that teachers had to direct their own professional development because they knew best where their strengths and weaknesses lay.
Torres-Guzman wrote the book for an intended audience of educators because she wanted to show them that transformative change is possible.
“There was a lot that could be done,” she says, “and this school illustrated it.” 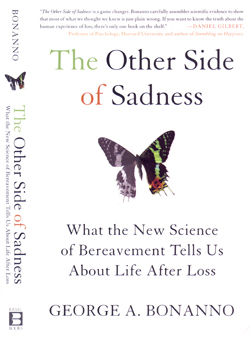 The Other Side of Sadness: What the New Science of Bereavement Tells Us About Life After Loss (Basic Books, 2009); by George A. Bonanno 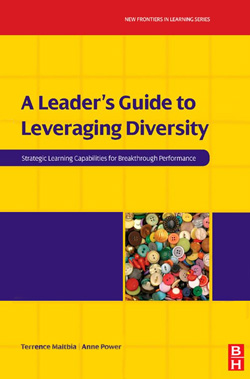 Managing to Change: How Schools Can Survive (and Sometimes Thrive) in Turbulent Times (TC Press, 2009) by Thomas Hatch 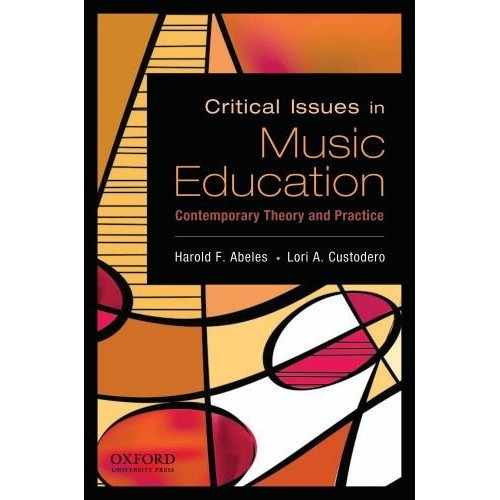 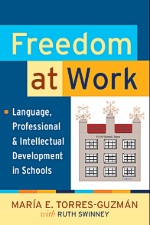