Of School Mediocrity and the Still-Rising Tide

In his new book, TC Trustee John Merrow gets mad as hell about schools, tells us why we shouldn't take it anymore. 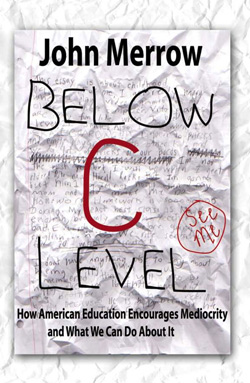