Speaking at TC, Diane Ravitch, no longer convinced that the strategies favored by NCLB are benefiting underperforming schools, provides a post-mortem on NCLB 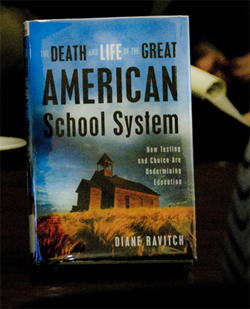 The Death and Life of the Great American School System: How Testing and Choice Are Undermining Education (Basic Books, 2010) 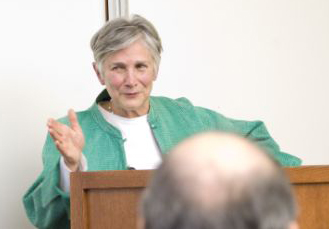 Ravitch spoke to an enthralled audience at a BookTalk event in Gottesman Libraries, outlining her thoughts on reform and the current state of education, which is the subject of her recently-released book. 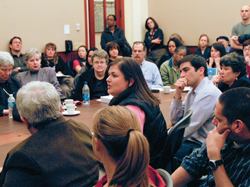 REEVALUATING NCLB Diane Ravitch speaks to a standing-room-only crowd at a TC BookTalk in Gottesman Libraries in April.