For TC's Elementary Inclusive Education program, "assessment" is an ethos of knowing one's students and oneself 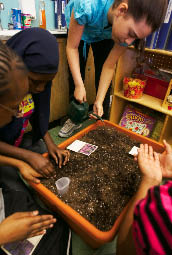 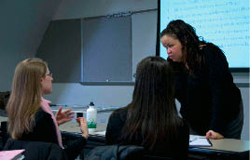 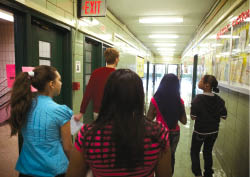 At P.S. 179 in the Bronx, Schumacher and the garden club 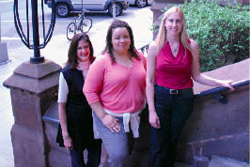 Teacher education at TC is a team effort. from left: Faculty members Quinn, Williams and Cook. 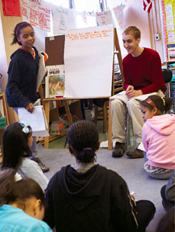