As Principal of P.S./M.S. 161, Barbara Freeman has fended off a threatened takeover and boosted student performance 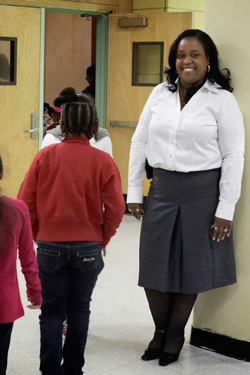