TC screened "Waiting for Superman," the controversial new documentary about five families trying to get their children into charter schools. A panel of TC faculty discussed the film in the Cowin Center auditorium. 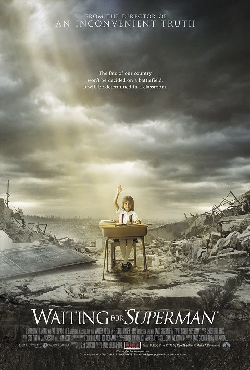