New Colloquium Series Examines The Relationship of Mind and Body to Health, Education, and Society

Psychologists have known since Freud's time that mistreated children often grow into adults with mild-to-serious psychological and social difficulties, such as depression or anxiety. In the past few years, researchers have found that even non-physical abuse in childhood -- such as abandonment by the mother or verbal abuse -- can cause cellular changes that can lead to physical ailments in adulthood, such as cardiovascular disease, lung cancer and diabetes. 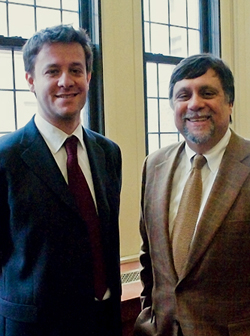