Rethinking Literacy in a Digital Age

Ernest Morrell, installed as President-elect of his field's leading professional organization, challenges English teachers nationwide to "reevaluate what we do, how we do it, and why it is all still necessary". 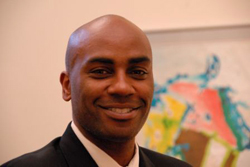