Among the 100 students attending the game between the Chicago White Sox and New York Yankees were international students who were seeing baseball played for the first time. 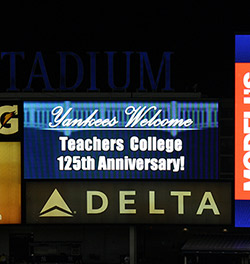 TC on the scoreboard during the 3rd inning.